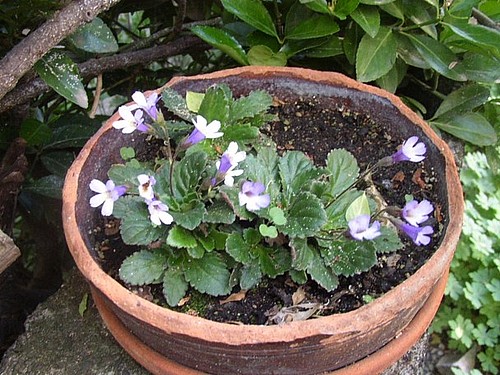 Water is of crucial importance for the life on our planet – both as part of the environment and/or component of the living systems. During their evolution, the organisms have developed various mechanisms to cope with stress, resulting from water deficiency. This is particularly true for plant kingdom, since plants have to survive water stress “on the spot” being unable to leave the unfavorable conditions.

There is a small group of plants, known as “resurrection plants” that can survive long periods (months, years) with almost completely desiccated vegetative tissues and recover fast and fully when water is available again. Obviously, such plant species are very useful model systems. This is particularly true for the Balkan endemite Haberlea rhodopensis which, despite the favorable conditions in most of its habitats in Bulgaria and Greece, keeps in its ‘genome, resurrection behavior coming back from more than 40 million years ago!

Enormous progress has been done recently at various levels to elucidate the mechanisms of desiccation tolerance of resurrection plants. As a rule, however they are focused on the biological components of these bio-aqueous systems. Little or no attention was paid so far to the role of water, as a partner during desiccation and recovery after severe stress!

Researchers developed an experimental design to compare the reaction of H. rhodopensis and a non-resurrection plant species, belonging to the same botanical family during desiccation and recovery and to apply NIR spectroscopy studies to study the water structures in leaves of both species. In a paper, published recently in Scientific Report, the scientists showed that:


This research can be regarded as a pioneering effort with a valuable addition to our growing understanding of the mechanisms by which some organisms achieve their remarkable tolerance to extreme dehydration.